Show Your Pain to the World. It Will Set You Free. 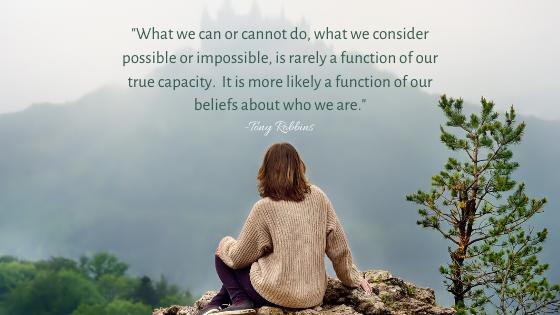 How many times have you looked at someone from a distance, knowing them but not really knowing them, or read a post online that caused you to feel down on yourself, nitpicking all of the things that prove you are less than that person?

They have everything together. They can do X thing because of Y. They appear to be so confident, self-assured, poised, perhaps even perfect in some way.

The key phrase here being “appear to be.”

I met someone recently whom I only knew by name, but whom I had observed on countless occasions. I thought she had everything figured out. She dressed immaculately, she always appeared to be smiling, she walked with confidence and grace, and physically, she was stunning.

And then we had a real conversation. One where she shared her fears, vulnerabilities, hopes, and self-doubt. It usually takes a lot to surprise me, given my background in social work, having seen and heard horrific tales of abuse and neglect, but for some reason a flaw in this perfectly crafted diamond veneer actually did.

Which begs the question: Why are we so surprised when human beings are found out to be actual human beings?

With their skeletons in the closet, internal and external wounds, and hidden beliefs that when espoused, get them bucked right off of the white stallion they rode in on?

This has certainly been the case in recent years, when you can find out anything about anyone and as actors, directors, celebrities, politicians (all real people) fall from the pinnacle of material and professional success day after day. Why do we hold these people to impossible standards of perfection?

Maybe just a tiny bit to compensate for feeling less than in some way ourselves? Then when they do fall, we can have a little moment of triumph that even though they seem to have it all, they still manage to fantastically eff it all up.

Because we would never do that if we were in their shoes.

But really, how do we know that?

Maybe from our perch of self-righteousness, we can’t (or don’t want to) see their past secrets and wounds. We don’t want to believe that everyone has to walk a road of struggle, though these roads are as unique and unpredictable as volcanic lightning (do Google this incredible phenomenon).

We don’t want to humanize the human, particularly if we see that person as an adversary, because with that humanity comes our own softening and empathy.

According to a 2014 report by The Advocacy Center, 1 out of 3 girls and 1 out of 5 boys will be sexually abused before they reach age 18.

According to Safe Horizon, nearly 3 million cases of child abuse are reported every year in the United States. And these are only the reported cases.

Why is this important?

Because it’s from these and other past wounds that we determine how we will show up in the world.

Maybe they will shape us into someone who is so isolated and emotionally closed off that the only way to momentarily take ourselves out of the pain is to inflict it on others.

Maybe they will propel us to contemplate life and our healing more deeply.

Maybe they will serve as the fuel that creates a burning desire to help others so they don’t have to go through something similar.

On the surface, it is so much easier to stay safely behind our walls, not letting others in.

But by this very definition, we are also holding the keys to the kingdom and not letting ourselves out.