The Path of Life is Filled with Snakes 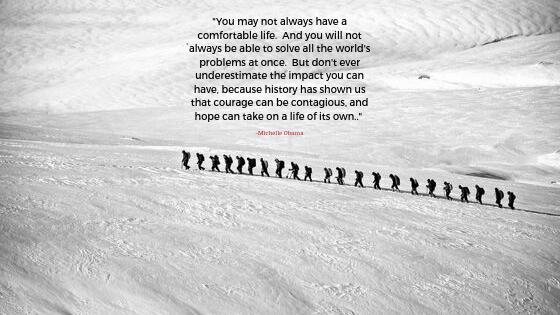 It’s one of the last beautiful late summer days in the high desert, the early morning sun briefly tinting the eastern slope of the aptly-named Sandia Mountains a glowing shade of dark pink.

As the sun rises, it hides behind some lazy clouds, there’s a light breeze softly accented with the scent of pine, and the wild sunflowers along the road are getting to be taller than I am.

It’s my daughter’s birthday, and we manage to make it out the door not just early, but with a pre-teen and a teen both in good spirits. Which as those of you who have kids this age know, can seem like a freak occurrence amidst the convergence of teenage hormones, new schools and the start of a new school year, and all of the societal and peer pressure that comes from living in the digital age.

I dropped the kids off at their respective schools and drove away with the little thrill that comes from not having to answer anyone’s questions for a few hours. Ok, so no one under 21’s questions. Which for some reason, seem to require far less thought and discernment than those asked by your children.

My son is so notorious for asking rapid-fire questions that follow no rhyme or reason in terms of subject material that we turned a shoebox into a decorative question box when he was in preschool and loved Sid the Science Kid, who helpfully encouraged kids to “Keep asking lots and lots of questions!”

Now we can also take our inquiries to Siri or Google, which can be a huge help in this department. Back in my day, we had to go down to the basement and peruse the massive encyclopedia set if we needed to look something up.

Or take a trip to the public or school library days or weeks later, at which point our question of great importance would have already been long forgotten. Perhaps I needed a question box back then to safely hold those queries until I could find the long-awaited answer…

Fast forward to today, where my son is a teenager whose questions have turned to world affairs, astrophysics, societal laws, and why the technology that didn’t even exist when I left college and headed out into the great beyond of adulthood either hadn’t been invented yet or came with the screeching sounds of dial-up internet and fax machines. WEEEEE WAAAHHHH GGGGRRRRR.

But I digress, as this has veered completely off the subject of this morning’s events.

As I drove into my neighborhood with the windows down, my hair blowing all around and my eyes on the road but my mental attention on the audiobook of Jen Sincero’s “You are a Badass,” I crested a small hill and was jolted out of my reverie by what else? A big snake lying in the middle of the road.

I’m mentioning this because just days ago, I posted on Facebook that the Universe could kindly stop placing snakes in my path any day now. It has truly been the year of the snake messenger.

Lo and behold, just as Jen Sincero’s voice is saying something about our connectedness to everything in the universe and all that that entails, here is yet another obstacle in the road. Literally.

Several months after moving out of the city and into the mountains, my daughter came screaming down the hallway because there was a snake on the back patio. A harmless bull snake from what we could gather, anxiously peering at it through the patio door. But at over 5 feet long it still gave us quite a jolt.

The wetter-than-usual summer this year has really brought out my slithering foes. A rattlesnake on our front porch, a baby rattlesnake under the back patio table furiously rattling a warning to my dog, another bull snake slithering along the bottom of my garage door as I came up the driveway, and several other sightings of dudes just chillin’ in the road, soaking up the last of that day’s sun.

At the end of June, we were vacationing briefly in Sedona, AZ on our way back from a road trip to San Diego to rehydrate our parched desert bodies in the colder-than-expected ocean air.

I went out for a short solo hike the morning we were leaving, planning on a quick jaunt down to the lookout at Airport Mesa. Once there, I figured I might as well take advantage of the beautiful weather and rare alone time and follow the Airport Loop Trail that provides views over much of Sedona.

The red rocks were stunning in the morning light and I was trying to take in the uniqueness of the terrain and tune out the gaggle of teenage girls who were a short distance behind me.

They were out hiking at 7 am on a Sunday though, so I give them oodles of credit. Or their parents sent them off on an adventure so they didn’t have to answer their questions. Either way, they were outdoors and that’s enough in my book.

At one point, they either turned around or got way behind so I was back in the contemplative zone that comes with being alone in nature. I decided to take a shorter, less-traveled path back to the lodge where we were staying because the sun was already out for vengeance.

I was trying to breathe in the surreal energy of this place, which draws in around 3 million visitors a year while also looking at the path in front of me because, of course, snakes.

The path narrowed and became quite overgrown, with a lot of cacti and other desert plants with sharp spines and needles on either side, waiting to impale my shins if my attention strayed from putting one foot in front of the other.

Naturally, as luck would have it, I came upon an obstacle in my path. Effortlessly camouflaged to deter predators, I would have easily stepped right on it had I not been paying attention. 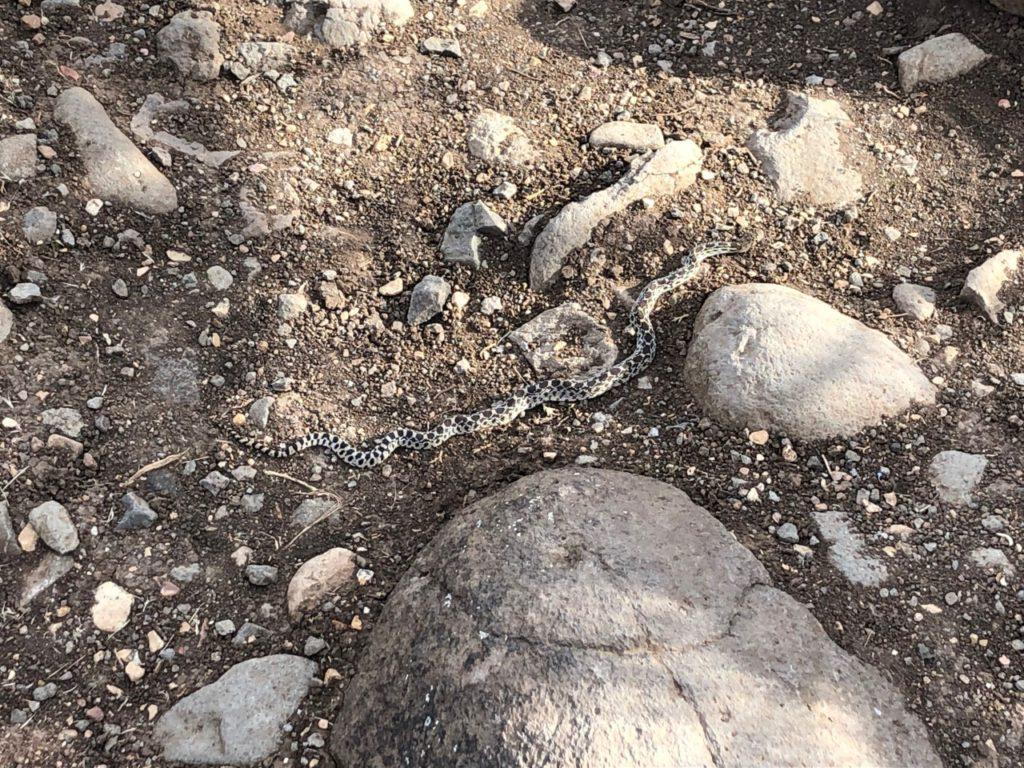 Yes, I had a sudden rush of adrenaline and my heart started beating in a rapid-fire staccato despite having checked and noting that it was not a rattlesnake. I tossed a little rock towards its tail, encouraging it to move on. No movement.

I tossed another rock towards its tail. Again, nada. Maybe it’s dead?

I made the decision to try to step over it behind the tail so that I wouldn’t make the possibly even dumber decision of trying to walk around it through the cacti in capri-length leggings. And no, I don’t usually hike in these types of conditions without proper leg coverage…but, Arizona in late June-need I say more?

I took a few moments, gathered up my courage, and tried to slowly and carefully step behind and over it. As I’m stepping over, it quickly turns it’s head around and darts towards me.

I made a very big leap and jogged a few steps without looking back. No, I did not scream or pee my pants. Possibly I screamed a little inside my own head.

The rest of the way back, I used my years of coaching and social work techniques and strategies on myself. Positive self-talk at it’s finest, trying to beat back that scared inner critic, who would much rather have stayed at the lodge or forced the husband to go hiking and be the snake scouter and remover.

But…what I have come to realize is this. There’s always going to be a snake in the path.

To stand up in front of an important client to give a presentation. To meet new people when you move. To tell someone that a relationship isn’t working. To say goodbye to a loved one who has passed away. To send your children out into a world that the news tells us is unsafe and scary.

Or where I spend a great deal of time and energy, building the courage to not only conquer these fears in myself but also to help empower other women who are living with fear, anxiety, and chronic stress to do the same.

We don’t have to find the motivation or strength to run screaming towards our fears, wildly waving sticks and bellowing out a war cry. Because some snakes in the path are going to be rattlesnakes, and that would just be a terrible idea.

But we can keep a careful eye on the path going forward, taking one step at a time while being prepared to sidestep or give a wide berth to a situation that requires some deliberate caution and thought.

Practice on your little fears, worries, and doubts…on those little self-critiques your mind doles out hundreds of times a day, and the courage muscle will become a little stronger each time.

You’ll start to build the confidence it takes to meet the larger obstacles in your path, even when your knees are knocking and your heart feels like it will explode out of your chest.

Quite simply, you will miss out on living your life.