The 2 Tiny Words that Keep Us from Living 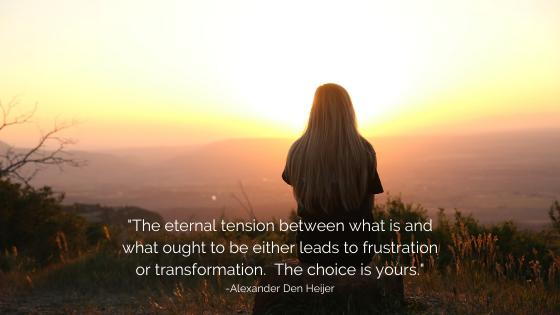 Job stress. Parenting Stress. Overeating. Exhaustion. Overwhelm. Poor health. In modern times, these are touted as badges of honor worn by those who are hustling and cramming their calenders as full as possible, racing towards an undefined future where things will be better financially, happiness will prevail, and dreams will be realized.

I was watching a video by former monk-turned-inspirational speaker Jay Shetty and he said, “Nothing is as painful as staying stuck somewhere where we don’t belong.” I spent some time pondering how true that is. He hasn’t gone through childbirth and we know that’s painful. Losing a parent or a child is excruciatingly painful.

But interviews with some of the longest living people on earth have shown that the thing people regret the most, thereby causing the most pain long-term, is not having the courage to go after the things they really desire to do.

Not taking that opportunity that came along, not following that pull of their heart, not being willing to put themselves out there and risk being vulnerable and seen for who they truly are.

When you lose someone or something horrible happens, the grief will eventually shift and change and soften. But regret…that can dig in with sharp claws and hang on to your shoulders, dragging you down with its weight until the end of your days.

There is an observation known as the Pareto Principle that was first documented in Italy in 1896. Vilfredo Pareto, a 19th-century economist, noted that 80% of the country’s land was owned by 20% of the population.

Focus on where you can improve instead of where you perceive you are failing. Failure is just a thought that can make you spin in blame and shame or it can be seen as feedback that helps you see where you need to course-correct to get back on track.

Your perceived successes and failures don’t define you-your thoughts about them do.